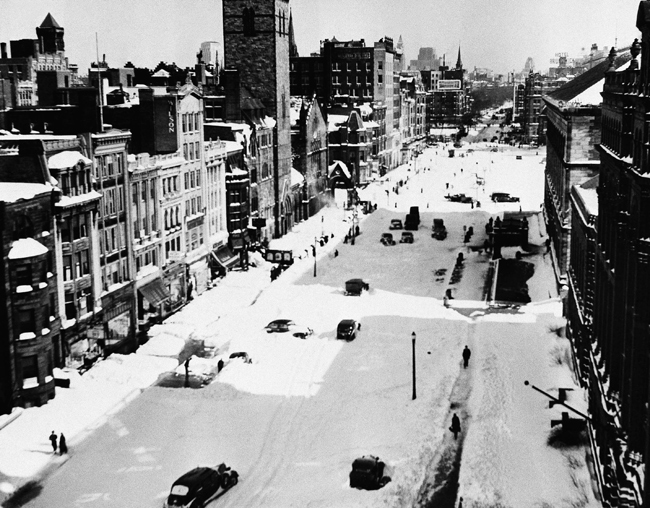 It was 1944. Against all odds, Frank had made it home for Christmas. Lord knew how many strings he’d had to pull for that one. We spent every spare moment of those few days together, not that we had many to spare since work wouldn’t let me off.  It wouldn’t have been practical to take the time off, anyway. We were saving money to get married, move out of the city, and have a real home. We’d talked about getting married four years ago, but the War got in the way. I didn’t want to be a wartime bride like so many of my friends – a courthouse wedding followed by months or years without my new husband at best, or an early widowhood at worst. Not to mention the war babies I was watching on the weekends for my girlfriends. I was nowhere near ready for one of my own.

The last night before Frank shipped out, we were together on the only chair in his tiny hotel room. I felt so warm, safe, and protected in his arms. We’d been sitting that way for hours, talking about everything and talking about nothing at all. I glanced at the clock. Was it after eleven already? I had to get up early for work. Besides that, if anyone saw me coming home from a man’s hotel room past midnight and word got back to my boss, I might not have a job to get up for. No one wanted a woman of ill repute on their staff. I didn’t want to go. I didn’t want a single thing to change. I didn’t want to be so gosh darn stinking practical.

But I was. So I lifted my head from Frank’s neck and said, “I really can’t stay.”

Frank knew me well enough to recognize my reluctance. He glanced toward the window, his gaze inviting mine to follow. “Baby,” he said in his good-natured manner, “it’s cold outside.”

“Baby, it’s cold outside,” Frank persisted, though he relaxed his embrace.

I stood up and clasped his hands, knowing I had to leave, feeling I wanted to stay forever. “This evening has been so very nice.”

Frank rubbed my cold hands between his warm ones. “I’ll hold your hands, they’re just like ice.”

I laughed and leaned back toward the door, pulling Frank out of the chair with me. “My mother will start to worry,” I chided.

“Hey, beautiful, what’s your hurry?” said Frank, putting an arm around my waist.

“And father will be pacing the floor,” I laughed, putting mine on his shoulder. “Really, I’d better scurry.”

“Beautiful, please don’t hurry,” Frank said, spinning me away from the door. I willingly followed.

“Well, maybe just a half a drink more,” I conceded. Could one more really hurt? It wasn’t even midnight yet. I could still get home in plenty of time.

“Put some music on while I pour,” Frank agreed.

I turned on the radio, then slipped into my coat as Frank got the eggnog and bourbon out of the ice box. I knew if I sat down again, I’d never get up this time. “The neighbors might think…” I worried aloud.

“Baby, it’s bad out there,” Frank reminded me as he handed me the tumbler.

I took a sip. That was definitely an extra shot of bourbon. Just the way I liked it. Just the way only Frank knew I liked it. I didn’t want to risk a reputation as a hard-drinking dame. Not until the war was over and I didn’t need a job, anyway. “Say, what’s in this drink?” I raised an eyebrow.

“No cabs to be had out there,” Frank reported from the window. He turned back to me and stared. I shot him a questioning look. “Your eyes are like starlight now,” he said. It was such a cornball line. So ridiculous, but so perfect. So Frank.

“I wish I knew how to break this spell,” I said with a sigh of contentment. But the spell had to be broken. I set down my empty glass and reached for my hat.

Frank intercepted me. “I’ll take your hat; your hair looks swell,” he said. He knew I loved it when he ran his fingers through my hair like that. He knew it would always lead to a kiss.

I took my face out of his neck for a moment. “I ought to say no, no, no, sir,” I laughed, thinking how scandalized my parents would be.

“You mind if I move in closer?” Frank grinned. It wouldn’t be the first time. I tugged on his shirt collar as he slipped his hands under my coat.

“At least I’m going to say that I tried,” I said with mock indignation. Why did women have to say that they tried? Why did my reputation – my viability in the job market, my standing in the community, my relationship with my family – rest on whether or not I adequately pretended I didn’t want to do something everyone wanted to do? I wanted that drink, extra shot of bourbon and all. I wanted Frank’s hands exactly where they were. I wanted to stay with my fiance until morning, and not just because it was cold outside, dammit. Why would it be the end of the world if I just said so?

“What’s the sense of hurting my pride?” Frank replied, matching my mocking tone.

I caught another look at the clock. Darn. How was it midnight already?

“I simply must go,” I said, pulling away. Frank let go easily. I didn’t.

“It’s cold outside,” he reminded me, searching for my hat.

“The answer is no,” I mourned with my eye on the clock.

“Baby, it’s cold outside,” Frank said as he put my hat on for me. He took my arm with great formality and escorted me the five steps to the door. “So lucky that you dropped in,” he said with a put-on accent.

“This welcome has been so nice and warm,” I curtsied. Frank opened the door for me. We both jumped back a little as we were hit with a blast of icy air.

I shut the door and leaned back against it. “Look out the window at that storm,” said Frank. He was maintaining a light-hearted manner, but I could tell he was getting genuinely concerned. So was I. If ever there was a legitimate excuse not to go back to my own house for the night, this was it.

But would my family accept it?

“My sister will be suspicious,” I said. Betty was only sixteen. I was supposed to be an example for her. If I didn’t go home tonight, would she think it was just fine and dandy to do whatever she wanted with that boy she’d been going steady with? Would she end up in a girls’ home because her twenty-five-year-old, engaged sister stayed out of a blizzard one night?

Frank gently fingered my lips, trying to take my mind off my worries. “Your lips look delicious,” he said.

“My brother will be there at the door,” I laughed. Johnny was only seventeen, but he still thought of himself as my protector. He’d already given Frank the “What are your intentions?” talk.

“I ain’t worried about your brother,” Frank laughed with me.

“My maiden aunt’s mind is vicious,” I said, a little more seriously. Now, Aunt Minerva was someone to worry about. Sometimes I truly wondered if she had any idea what it was like to have feelings for a man. As far as I could remember, she never kept company with one. Come to think of it, neither did her housemate. They seemed determined to be old maids together forever.

Frank distracted me with a kiss. I happily let myself be distracted. “Gosh, your lips are delicious,” he said.

It was well after midnight when our empty cigarettes sat in the ashtray with their burned-out tips touching. Frank and I were wrapped around each other in the chair again, just as when this whole song and dance had started. “I’ve got to get home,” I murmured, making no effort to act on my resolute words.

“Baby, you’ll freeze out there,” Frank murmured back.

“Say, lend me a comb,” I said, leaning into his chest. My hair didn’t exactly speak of a sedate, ladylike, respectable evening.

“It’s up to your knees out there.” He did have a point. But I couldn’t shake the fear of dealing with my family in the morning if I stayed over. Once again I forced myself to stand up and took Frank’s hands.

“You’ve really been grand,” I said.

“I thrill when you touch my hand,” he said, standing with me.

“How can you do this thing to me?”

I couldn’t resist anymore. Not in the name of practicality, anyway. Sure, my family would be furious in the morning, and I might be facing an unpleasant conversation with my boss. But if they couldn’t see that it was better to stay overnight with a kind, caring, gentleman I trusted with my life than to walk home in a blizzard, then there was just no pleasing them. I gave up. I was a practical woman. That would never change. And the most practical thing was to stay in for the night.

“There’s bound to be talk tomorrow,” I said as I took off my coat. “At least there will be plenty implied.”

“Think of my lifelong sorrow if you caught pneumonia and died,” said Frank. He still kept up his teasing façade, but I could tell he was truly relieved.

“I really can’t stay,” I said with a dramatic flourish, mocking the protest I’d have to tell everyone I’d given tomorrow.

Frank took my hand and spun me into his arms. “Get over that holdout,” he laughed. Together, we declared, “Oh, but, baby, it’s cold…out…side!”

Lyrics to “Baby, It’s Cold Outside” by Frank Loesser. Headcanon by Amethyst Marie.